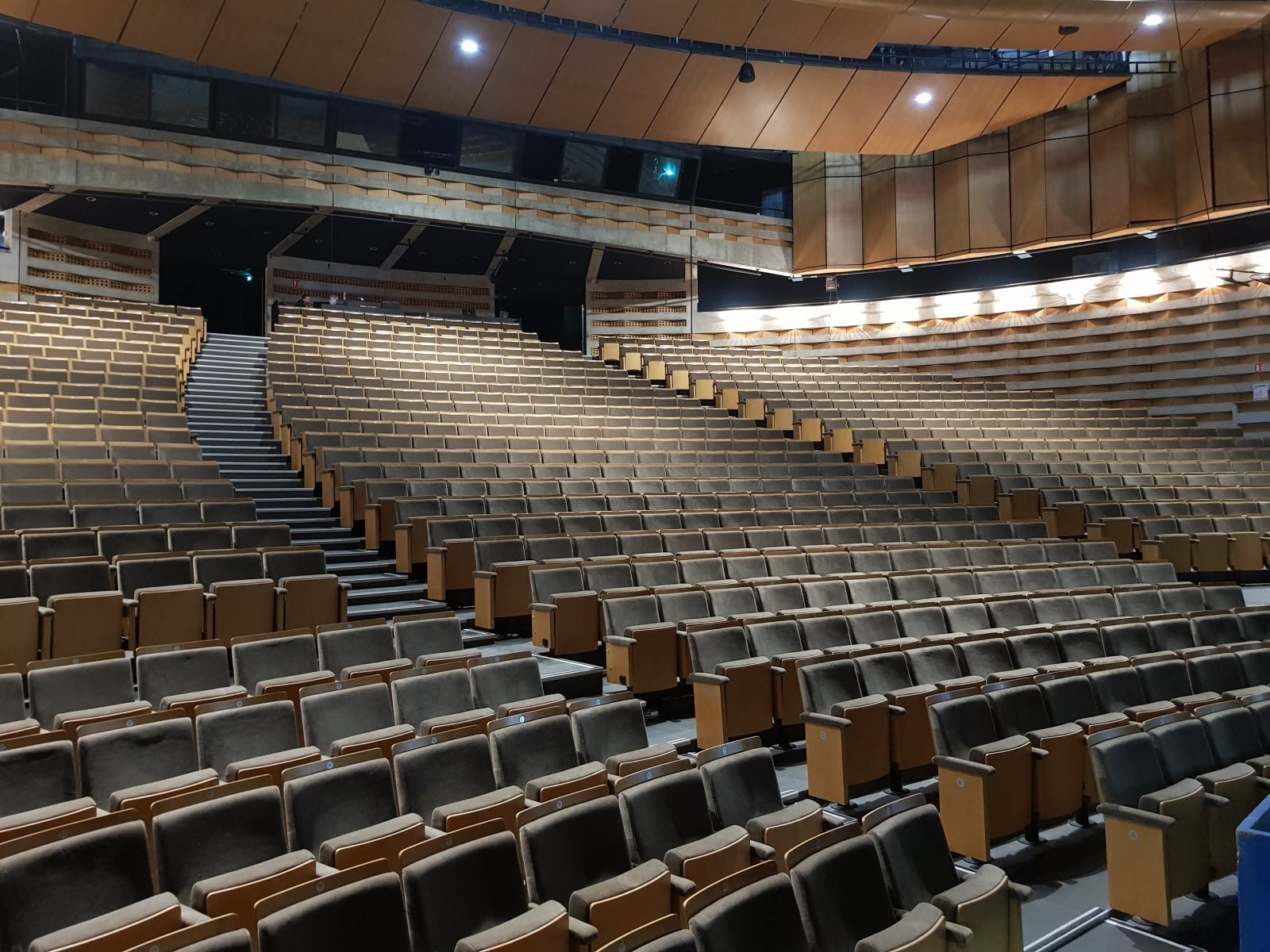 Renovation of the Espace Malraux National Stage – City of Chambéry

On December 2nd 2019, after 2 years of work and 10 million euros invested, the renovation of the Espace Malraux in Chambéry is complete. The Savoie Department has contributed 2.5 million to this project.

The André Malraux cultural center, built in 1986 by the architect Mario BOTTA, is part of the great tradition of modern rationalist theaters, clearly distinguishing, by simple volumes, the different elements of the program: reception, foyer, hall / auditorium of ” a capacity of 1,000 seats, stage cage, backstage services, rehearsal room.

The building had been closed for 2 years for upgrading work. The stage set capacity has been increased from 5 to 20 tonnes. The stage machinery is now fully motorized and the 945 theater seats and the 158 cinema seats have been renovated. The acoustics have been significantly modified providing a substantial improvement in terms of sound coverage in the audience area, especially in the middle of the room where a large area suffered from poor acoustics in the case of unamplified music and theater. The reflectors in the upper part of the room have been reconfigured and the existing railing located in the center of the floor has been replaced by a system of alternately diffusing and acoustic reflecting panels. The frequency balance of the auditorium response has been improved and the reverberation time increased.

A concert by Gautier and Renaud Capuçon illuminated the inauguration ceremony of the hall, which has rediscovered its original vocation as a classical music auditorium with natural acoustics!

The renovation project led by Fabre Speller Architectes has been undertaken in collaboration with Thierry Guignard as Theater Planners and Studio DAP as acoustic consultants in charge of the room acoustics design.