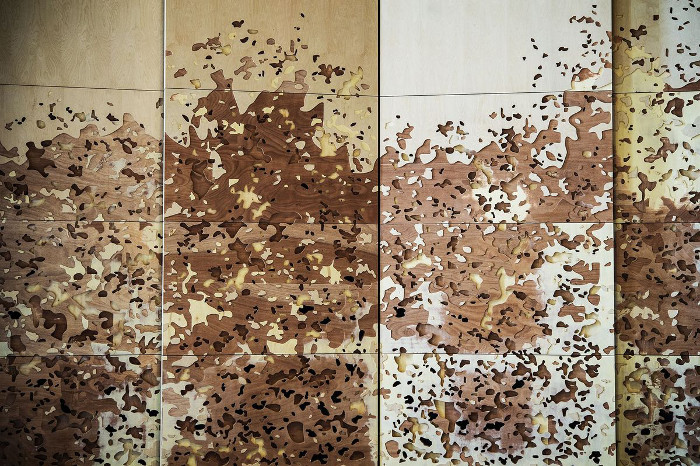 Beyond La Grand Salle Pierre Boulez of the Philharmonie de Paris, there are several creation and rehearsal spaces, designed to provide maximum flexibility and allow for continuous and simultaneous musical activities.

The acoustics of this boiling pot, a sort of «House of Orchestras» – La maison des orchestres – were fully designed by Studio DAP led by Federico Cruz-Barney, including room acoustics, sound insulation and N&V control.

The masterpiece of this portion of the building is Le Studio, an iconic and outstanding space.

Le Studio is intended for work sessions by complete orchestras and, thanks to a retractable bleacher system, is also able to accommodate public for performances such as chamber music, contemporary music, etc. The second rehearsal room, closed to the public, is well adapted to smaller groups.

Both of them have variable acoustics by means of sound diffusive/sound reflective sliding panels, and multiple possible configurations to adapt to the artistic and acoustic needs.

Other rehearsal rooms, are dedicated to baroque ensembles, strings, vocals and percussion groups.

A total of 10 soloist studios, a 5.1 ch mixing and production room and a conference room complete Studio DAP’s designed facilities.